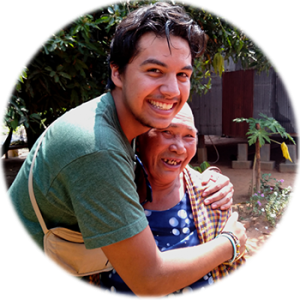 MY VISIT TO OBT HOMESTAY

As always, there was much excitement as we travelled towards Krong Kampong Cham. This time I was travelling with my friend Emily. After arriving at the city, it took us another 20 to 30 minutes by tuk-tuk to get to Chiro village where is OBT Homestay is based.

Once we reached the project we were greeted by one of OBT’s volunteers, Fatima. She explained a little more about OBT and what it does here. We also met 5 French volunteers who work are here for 3-6 months teaching English. There were a wide variety of reasons why each volunteer came here – a sabbatical year during school, to discover the world, or just the desire to work in the community. The schoolchildren were a mix of different ages, from 5 and 6-year-olds to late teens. All very enthusiastic to show us how much they have learned, trying to practice their English with us.

As we arrived, we walked through the Chiro village, and the communities football field, across the locally built bamboo bridge and past the restaurant where they serve great Khmer cuisine at an affordable price. The village has lots of animals – dogs, cows, chickens …. something I am not used to at home.

Our homestay was organised in one of the family houses. We preferred to stay with a family and wanted to learn more about Cambodian culture and traditions. The family welcomed us with open arms, and almost immediately, I felt at home. They showed us around their house and a small garden where they grow vegetables. They were especially proud of the fact that their garden is organic and they do not use chemicals in growing their produce. Maybe, I was a little ignorant as I did not even know that people in developing countries cared about organic vegetables, but they do. They explained that many vegetables in Cambodia are grown with lots of chemicals which is not good, so they want to make sure that their children eat healthy fresh produce. 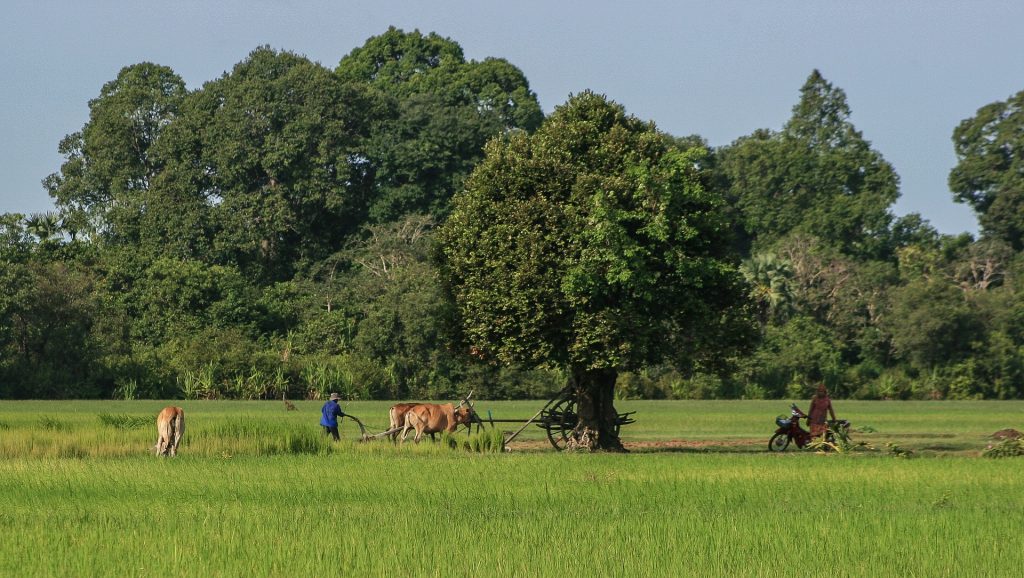 As there were visiting volunteers living in the project who knew the area well, they invited us for sunset swimming in the Mekong river. So we went with them and got the added bonus of the beautiful sunset above the Mekong river. On my way back, I met a local Tuk-Tuk driver who had learned French in his youth. He told me a little about his life and of his children, including his daughter who had gone to live in France. He now has grandchildren of whom he was very proud . An amazing moment of sharing and connecting with one another. After that we ate at the restaurant talking about news and things accompanied by some tourists , before retiring to our beds. A big day awaits tomorrow.

The next day at 8am, we left to go on a fishing trip. The fishing happens only twice a day, in the morning or at night because the day is too hot. Firstly we visited the fish farm, where the fish are either eaten or sold at the market, making up to $ 5 for the biggest. Of course we also tried throwing the net to catch fish, but our catch wasn’t so bountiful probably due to our lack of technique. 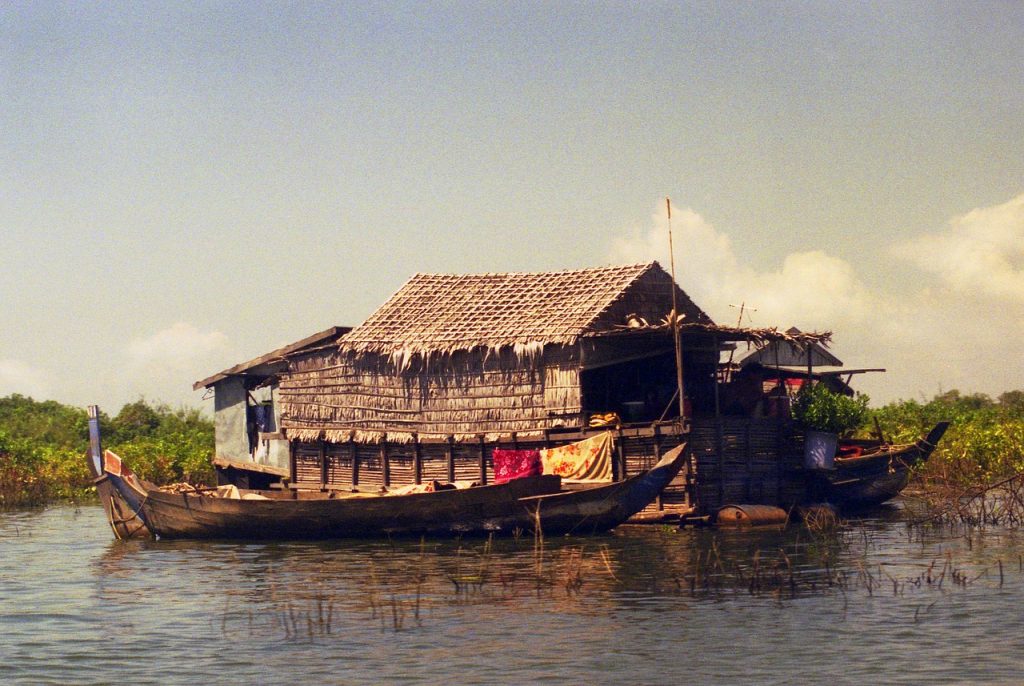 Our guide was a young woman who learned English through OBT. It was amazing to see, this organisation help young people to improve their lives, of course, they need these young people to have the ambition to succeed, but with a good education and perseverance they can. The young woman was the perfect example. This young girls dream is to work in photography, and for that it is better to speak English to have a better chance of success in the professional world. The alternative is to go into town to study, but unfortunately she does not want to leave. She is still young and still has time to improve her English which is already very good.

After this we went to the recycling centre where all the collected plastic is recycled in order to make oil. The project shows the relative simplicity to harvest the plastic (and a steady supply is clearly not lacking) and turn it into oil. This allows OBT to fuel their own vehicles and no longer means they need to travel to town to buy fuel, as well as being able to sell the excess. The latter could be a new source of revenue for the village in addition to tourism, which due to its seasonality means variable income through the year. Before this expansion, the oil production must be approved by the government and whilst this project is still in its infancy, it is progressing well. OBT has been making a number of tests and are positive about the future.

This project is not only a homestay, but an amazing place where young peoples’ lives are changing and communities have become inspired to work together for a better future for everyone. It was an amazing pleasure and privilege to be part of their effort even if it was only for 2 days.