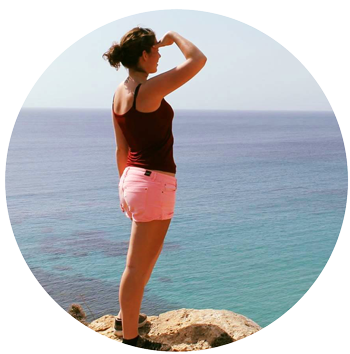 I arrived late afternoon at my destination at Banlung, the capital town of Rakanakiri province located in the northern part of Cambodia. At Yeak Laom Lake I met my Tampuan host Sam who welcomed me with a big smile. He invited me to ride on his motorbike. I hopped behind his back and here we go for a homestay in the heart of the Tampuan culture! My dilemma for the homestay: is how to communicate with my hosts for I don’t know to speak the local language, so instead of worrying I immerse myself into this one in a lifetime experience. 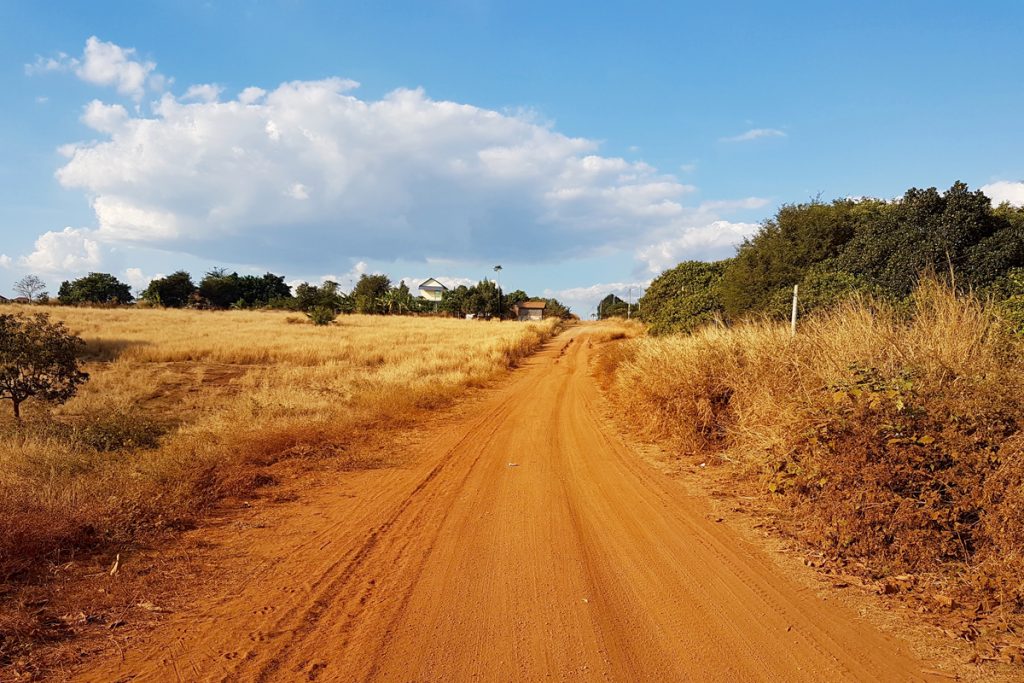 A PICTURE OF TAMPUN EVERYDAY LIFE

During the drive, I was blown away by the beauty of Ratanakiri province. Red ground, green plants, children playing along with the path, big sun. Amazing surroundings. We finally arrived in front of a wooden house built on stilts with a roof and windows in sheet metal – my homestay for one night. This big house was quite impressive. Sam invited me to come inside the house and introduced me his wife Tawn and his children, all them smiling at me. Then I followed him through the kitchen and a big family room and he showed me my room, next to two other smaller rooms. A simple room which will be perfect for one night!

I settled down in my new room dropped my bag, I came back down and I admire the Ratanakiri incredible landscapes. The village was so beautiful during sunset it was almost immaculate. The ground seemed redder at that time. Happy young boys were playing football in front of the house. The little sister was running among them with nothing on. Two teenagers were passing by on the dusty path riding their bicycles. For the longest time, I admired this picture of Tampuan everyday life.

After the little girl came to me and offered me a banana. In the end, she showed me how to get rid of the banana peel: by throwing it on the ground under the trees. Ah, at the same time Tawn approached me. Gave me a towel and a soap, and ask me to follow her at the end of the garden, in a sheet metal room. It’s shower time.

I had an unforgettable experience. In the middle of this shared family bathroom, they made a small pond that served as a water reservoir. I understood that I had to pour water on me without going into the pond. The water on the floor was draining away by a specific hole. Also, I noticed that they put their toothbrushes away in a very strange way: they were wedged in wooden planks on the ceiling! After the shower, I’ve been invited to take place next to the kitchen with Sam. He was sitting cross-legged with his sons while Tawn was cooking. Two of the sons were helping their mother in cooking. The elder one cut the chicken, the younger one prepared the plates, as their mother cooked our dinner.

Once the dinner was being served, all the family members seated around including me to share the meal. We ate a typical Tampuan meal with rice, cucumber soup with local herbs and chicken. Tawn gave me a big serving of the food that was almost too much for me. During the dinner, the communication with the family was a bit of a challenge as this homestay family did not speak English, as they did not have access to English classes due to poverty. And I can’t speak Khmer or Tampuan language communication could be sometimes difficult, so we communicate in a different way: we talked to each other with gestures, smiles or looks. It was quite intimidating but also very convivial and friendly. The dinner was delicious and we ended it with a warm tea. 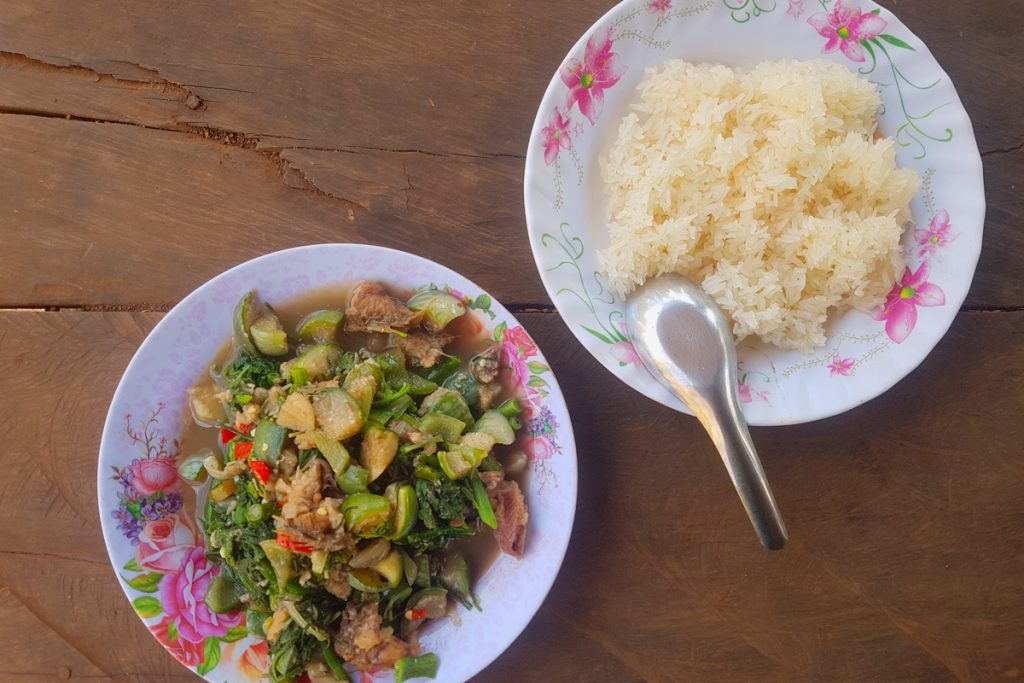 After dinner, I stayed with Sam and his sons to drink a beer and to taste the rice wine! In turn, Sam and his son sucked a liquid up from a big vase with a plastic pipe. I couldn’t understand what the liquid was so Sam helped me by showing me the ingredients. The rice wine tasted good and the taste was not so strong. Several times they offered me to take another swallow but I had to refuse after a while!

Outside the wind was blowing, whipping up the dust and contorting the trees. The family went to bed early and Sam put his hands near his ear to get me to understand that he was going to bed too. As my first day started to draw to a close I fell asleep that night knowing that I’m safe and close to Tampuan culture.

The next morning I woke up with the sunbeams which were getting into my room. I immediately heard the children’s voices from outside. It was 7 in the morning but all the village was already buzzing. I stood up and open the window, I admired the sunny landscape over the horizon. No continental breakfast that morning but I got bread and coffee served on a plate. I had a simple breakfast in front of that wonderful landscape. What more can I ask for?

In the morning, I spent time in the hammock with the little girl. She was bringing me a lot of stuff like plastic glass, mirror or straw. I could not understand which game she wanted to play but she gave me lots of big smiles. At 9 o’clock, Tawn called me for lunch and we shared a meal for the two of us. Once again I had a typical meal with rice, Tampuan herbs, spicy sauce, and noodles. Very tasty and very delicious!

After lunch, I decided to immerse myself in the local culture. I’ve tried on traditional clothes: two pieces in local fabrics weaved by Tampuan women. I’ve been wrapped by Tawn and his daughter with the two pieces called Sampot. They had to cheat a bit because I was too large for the pieces! Also, they dressed me with necklaces and put pearls in my hairs. At that moment I felt like a real Tampuan woman and part of the community! 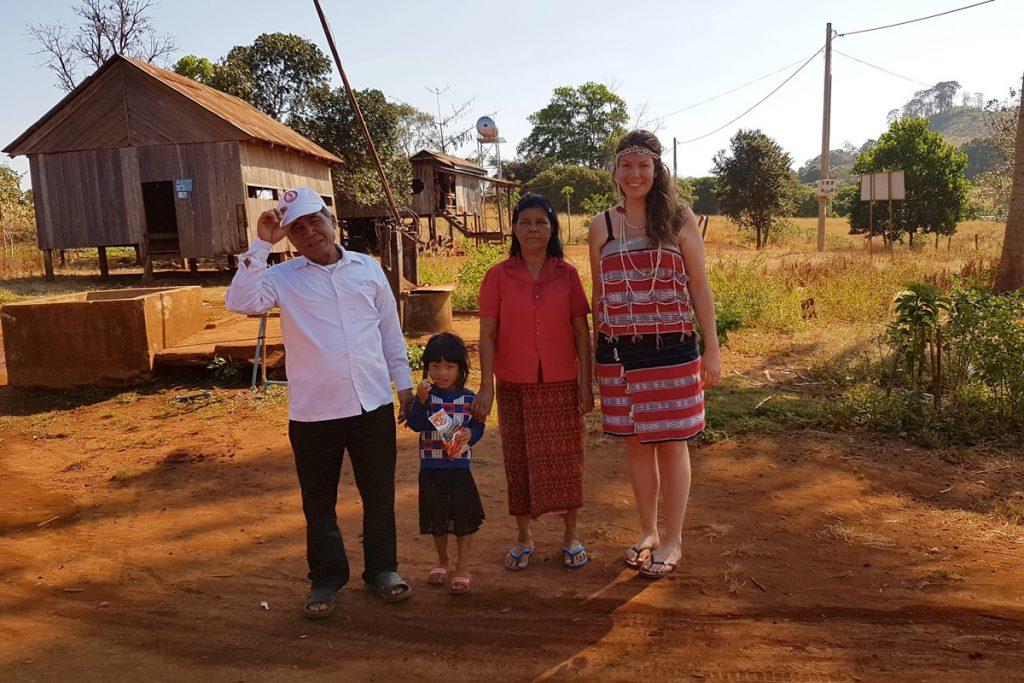 Then I watched Tampuan women weaving. I learned from them how to weave traditional clothes. In local culture, the weaving is a savoir-faire passed down from mothers to daughters. Thanks to the traditional fabrics and weaving. The local people received additional and sustainable incomes which helped them daily. Tampuan women were very proud of their weaving and traditional fabrics. They were very keen to share their skills with tourists to promote their culture. During the weaving, they seated cross-legged hold by a piece a wood behind them. They explained to me how to use the loom and I participated in a local clothes dressmaking. After one hour of weaving. I finally understood the different steps. The weaver first use a wood stick to press the fabric, then they pass the thread in a space between two thread rows, they press the fabric once again. And they need to repeat the entire process again.. But I still don’t understand how it actually works inside, that is very complex! 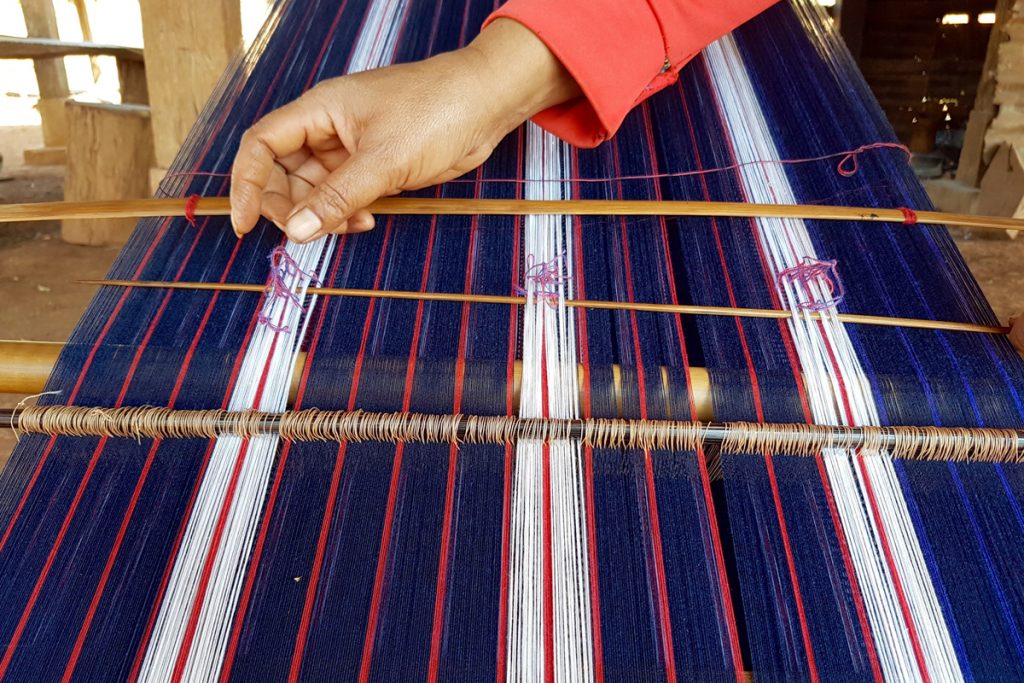 LAST MOMENT IN THE VILLAGE

Later, Tawn took me to a house nearby to pick up fruits. I could not tell what the fruits were but they were very good! They tasted like peaches but with a hard peel. Then I had a chance to meet their neighbours who welcomed me for lunch. The meal looked very appetizing but I had to refuse as it was only 2 hours after the 9 o’clock lunch. I made gestures and pointed my belly out to make them understand that it was too much food for me. 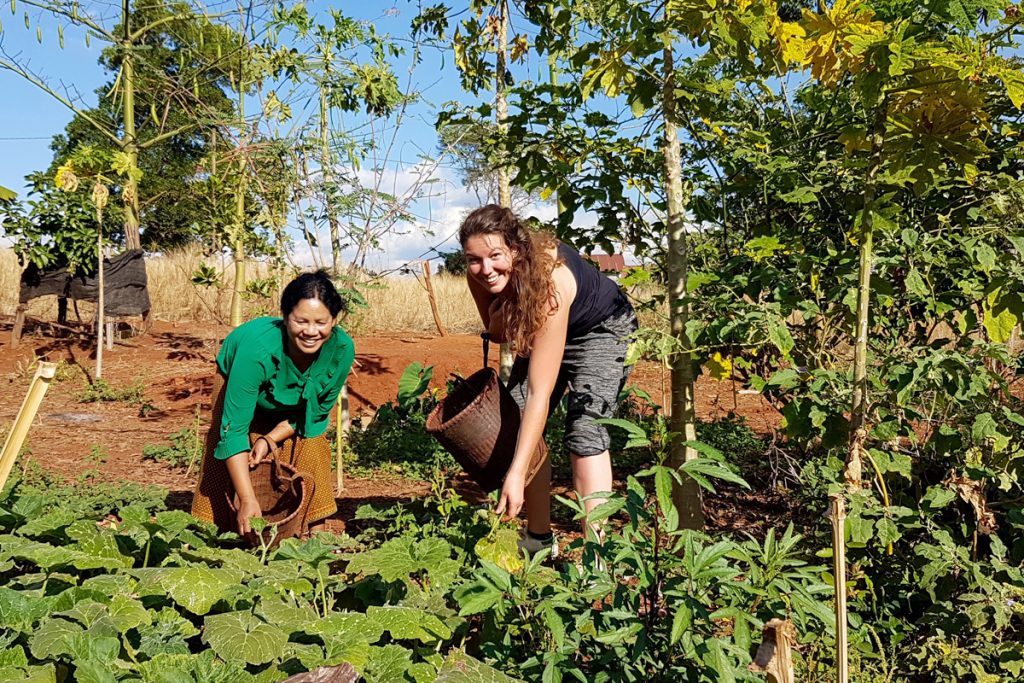 Then it was time for me to leave. Once again, I could not use any « goodbye » or « thank you » but I waved to them with a big smile and a grateful « arkoun ». After one night with such welcoming people, that was hard to leave them! Sam kindly dropped me off to Yeak Laom Lake. Where I could enjoy the lake one last time by swimming and admiring the amazing view.

IN A FEW WORD

In the end, I had a very intense moment by sharing this Tampuan experience with very welcoming people. No free wifi, no private parking, no individual bathroom, no English speakers. It’s like going back to the basic and I loved it! I have an unforgettable experience with Sam and his family. During that night in Ratanakiri, I felt closer to the Tampuan culture and be made part of a wonderful family. It was a wonderful stay there! Now it is your turn to live that once in a lifetime experience and to immerse yourself in the local culture. You will be welcomed as guests but you will leave as members of the community. Go booked now!