Cambodia wildlife and biodiversity is rich and vibrant… if you know where to look.

Like most countries you won’t find this wildlife in the cities, you’ll need to head out and explore to experience the true beauty of everything Cambodia has to offer. From the mighty Mekong, which feeds life to a large portion of the country, to tropical paradises along the coastline teeming with marine life, from the waterfalls and gentle giants of the northeast, to the birdlife and mountain ranges in the west. Cambodia’s wildlife and biodiversity has something to offer for everyone, you’ve just got to decide what it is you’re looking for.

In 2016 Cambodia created it’s first Marine Protected Area, the Koh Rong Archipelago. Located approximately 20km off the coast of Sihanoukville it is home to not only a variety of sealife but also important coral reef, seagrass and mangrove ecosystems. All manner of fish, turtles and seahorses can be found and with activities such as snorkeling, diving, kayaking and even jungle treks available from the coast or the multitude of small islands dotted along the coastline, you won’t be lost for time. 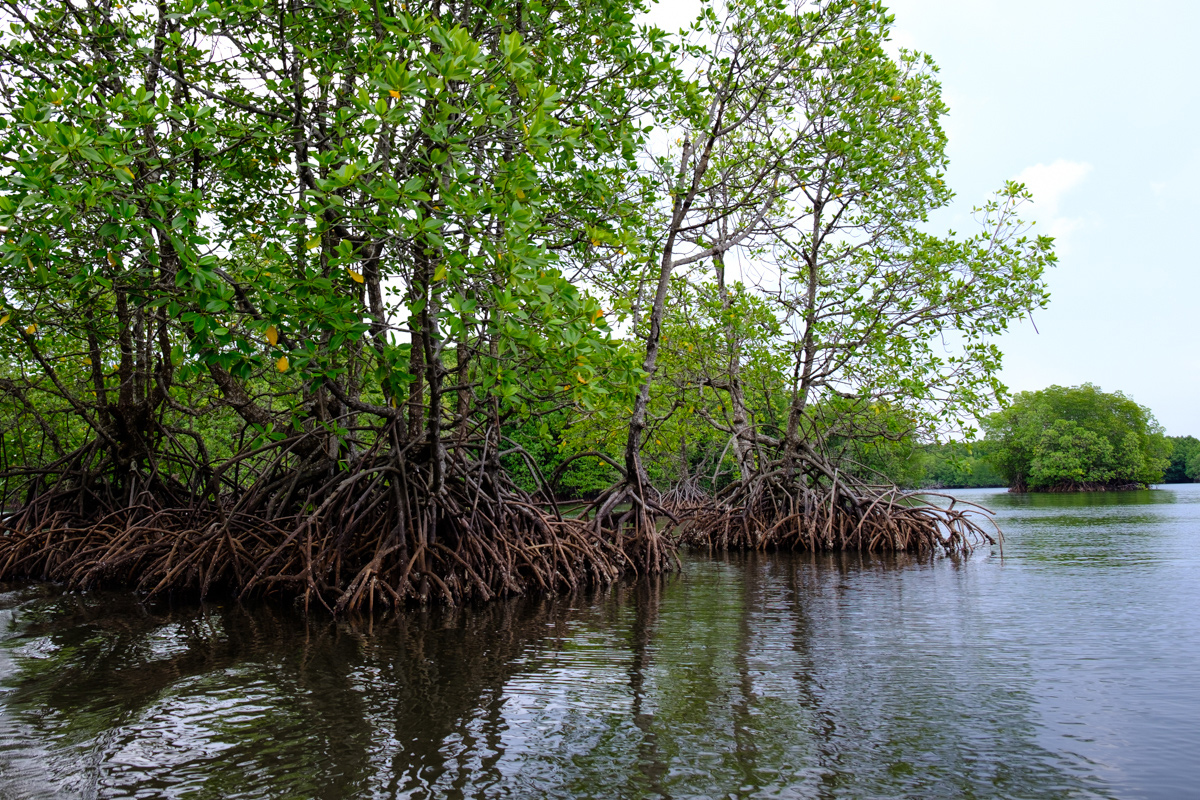 For the avid birder you will find four Ramsar listed sites in Cambodia. One on the Mekong in Stung Treng province near the Laos border, one on the coast in Koh Kong province and two found near the shores of the Tonle Sap Lake in Kampong Thom and Battambang provinces. Opportunities exist to see the critically endangered national bird, The Giant Ibis, as well as several other endangered species. Take a professionally guided tour or explore these sites on your own to see how many species you can tick off your list. 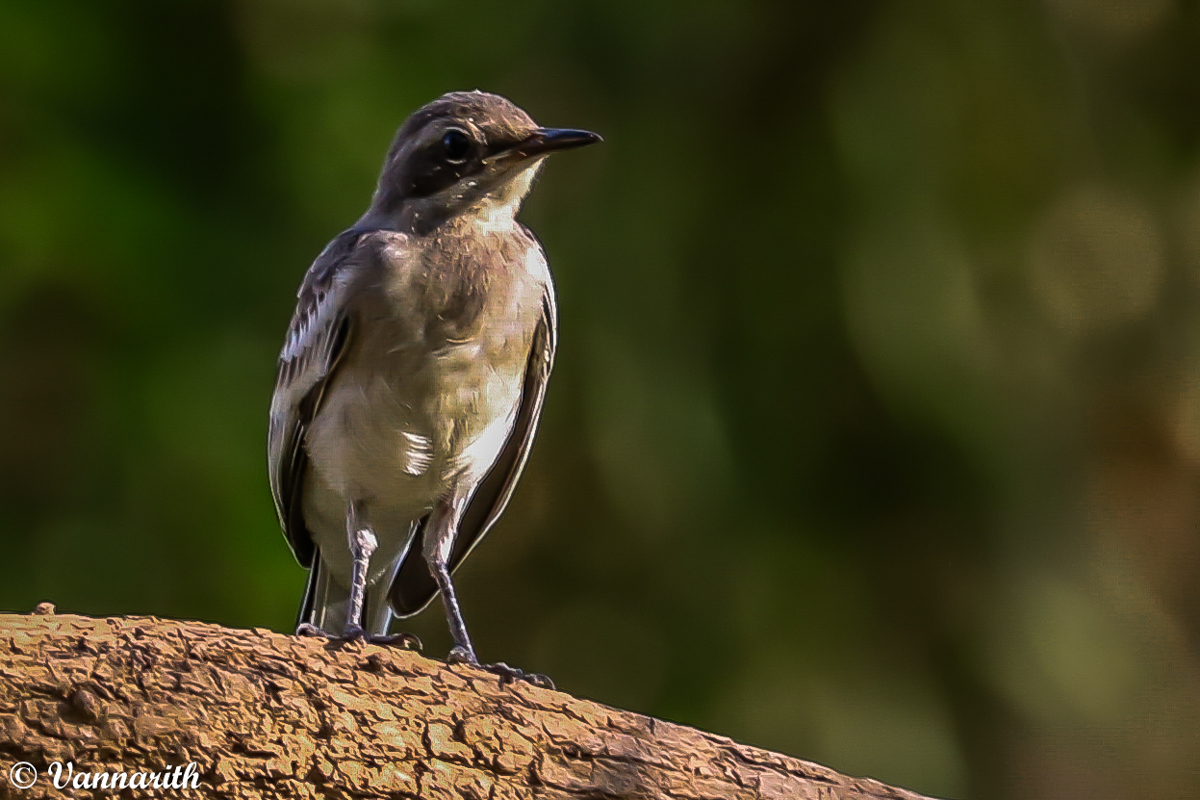 From flooded forests, endangered dolphins and turtles, giant fish, through to floating villages, Cambodia has bountiful freshwater environments thanks to the mighty Mekong and Southeast Asia’s largest freshwater lake, Tonle Sap. The freshwater environments here really do support some amazing ecosystems and wildlife that you simply will not find anywhere else. Take a river boat tour and spend days on the water or visit some of the smaller communities dotted along the waters edge, each offers a unique experience to learn more about Cambodia wildlife and biodiversity. 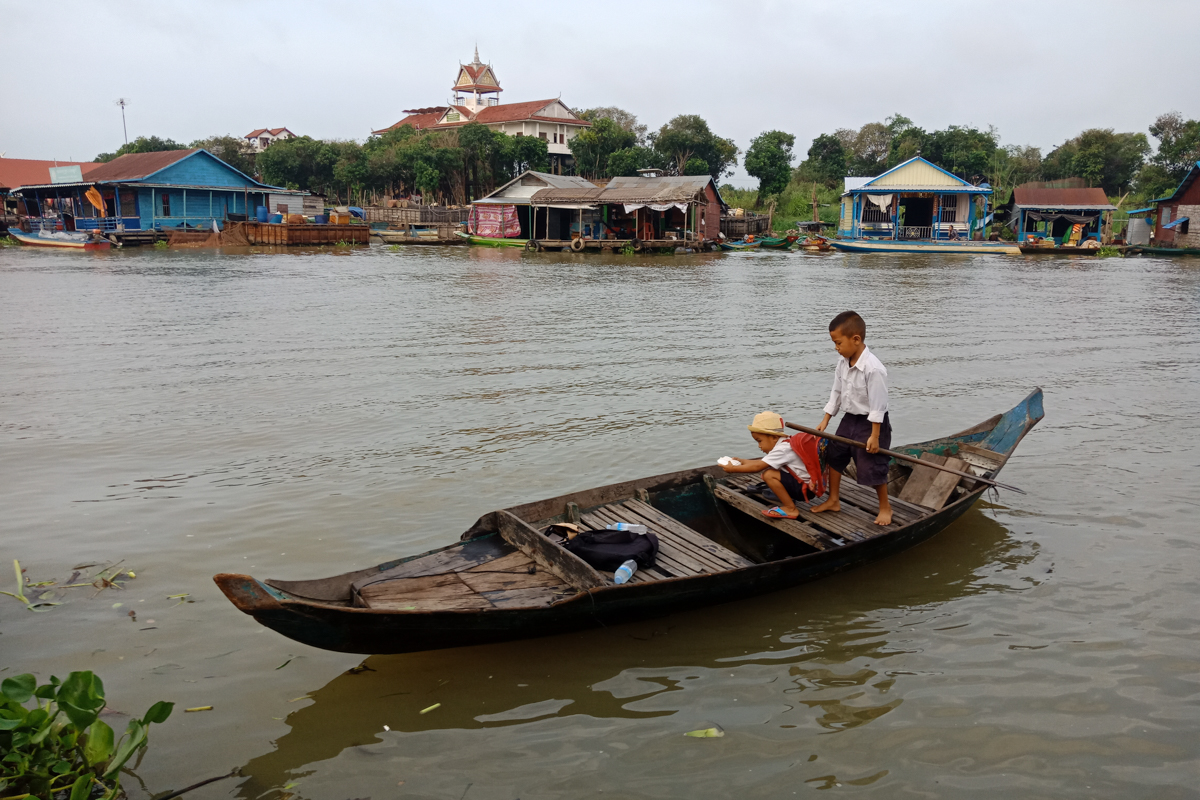 The Mekong River population of the Irrawaddy Dolphin Orcaella brevirostris now only inhabits the short stretch of the Cambodian Mekong from Kratie to the Lao / Cambodian border. In the dry season, the dolphins’ range is further restricted to just nine deep pool areas along the river.
The accepted estimate is of less than 85 individual animals remaining, a spectacular decline from several thousand dolphins which would have been present in the river system as recently as the 1960s. Mekong River dolphins are formally recognised as Critically Endangered, meaning that the population is at the very greatest risk of rapid extinction. The Irrawaddy Dolphin symbolises the magnificence of the Mekong and its continued relatively high biodiversity. The Mekong is one of only five freshwater habitats in the world that still maintains this species and it has the largest remaining freshwater population.

Being large creatures, dolphins require sufficient water to swim, feed and feel safe in. Excessive human disruptions to water flow, for example from ill-planned irrigation and dam systems, could leave inadequate water for dolphins as well as disrupting important fish migrations. They also require abundant prey to remain healthy and ensure population growth. Over-fishing would be a key threat in this instance. Find out more about the protection of Irrawady Dolphins here 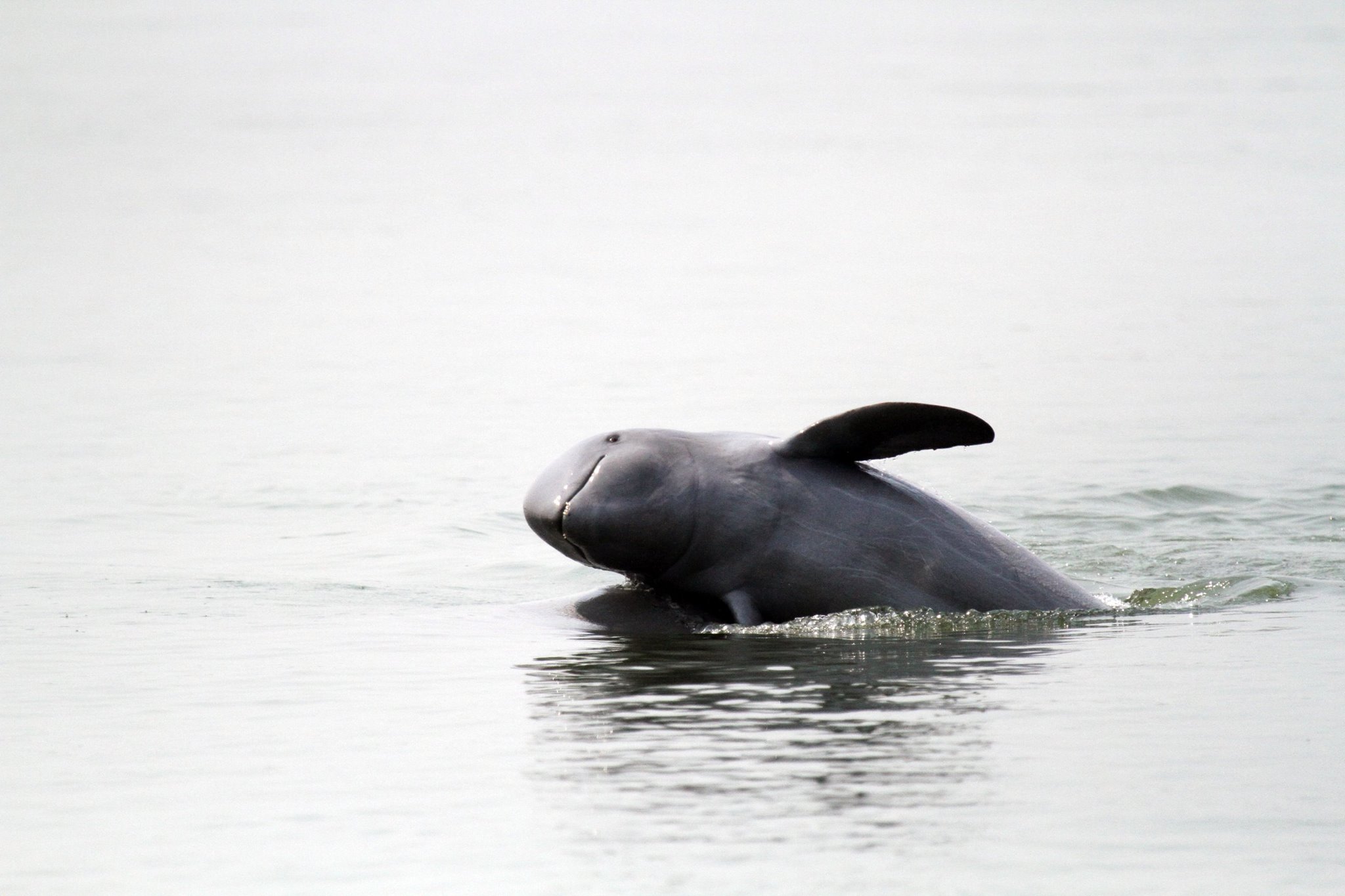 If you’re looking for trekking trails through wildlife-rich rainforest then look no further. The Cardamom Mountains in Cambodia’s south-west offer opportunities to see some truly beautiful landscapes and if you’re lucky you may just catch a glimpse of Gibbon, Elephant, Sun Bear or Clouded Leopard. Like most wildlife though it is often very elusive and well versed at remaining hidden, however just being in these species-rich intact natural environments can be reward enough. 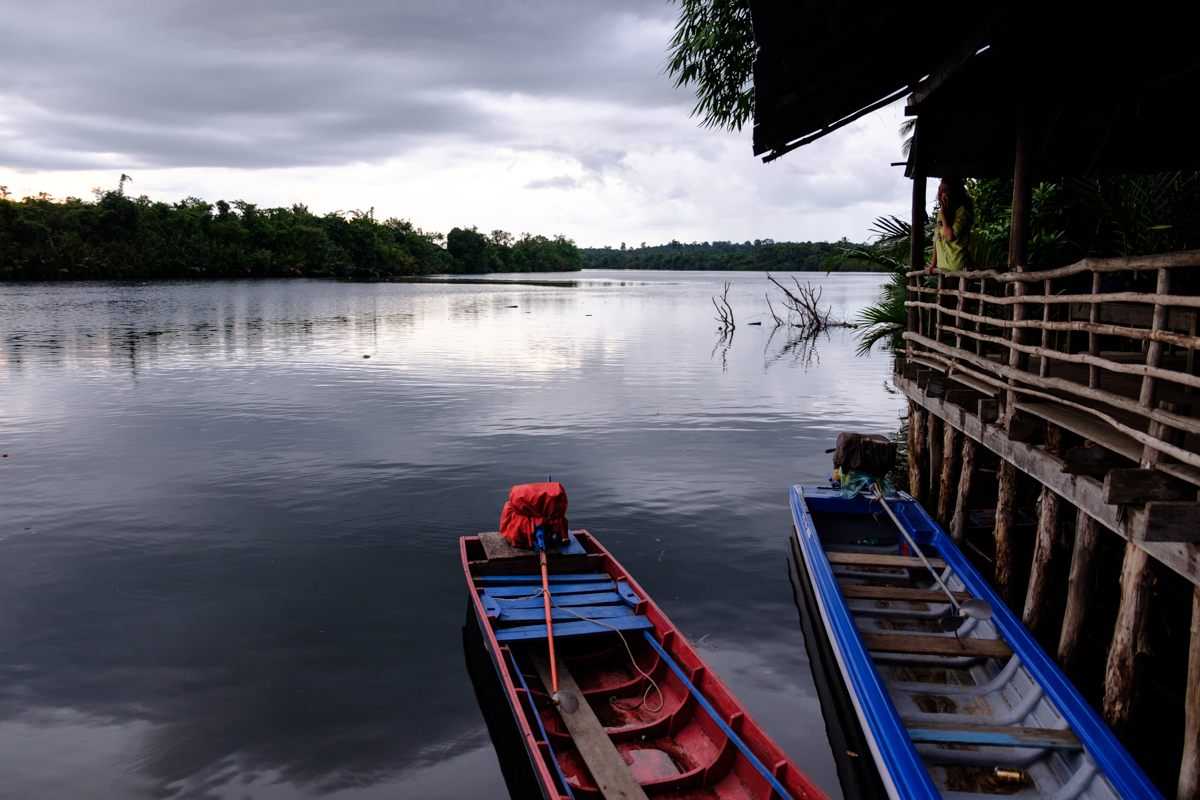 In eastern Cambodia several large conservation efforts are under way and well worth a visit.
Mondulkiri……..where you can walk amongst the giants. The star attraction, the Asian Elephant. The Elephant Valley Project (EVP) is the longest standing and most well regarded conservation project in the area, a sanctuary for retired working animals, where you can spend the day, night, two nights, three nights etc. shadowing a family of Elephants.

From the gentle giants to the aerial acrobats, Ratanakiri, offers you the chance to get acquainted with a family of Nothern Yellow-Cheeked Gibbon’s. This species was only discovered in 2010 and this particular family is partially habituated to humans, offering you the best chance to observe these animals in their natural environment, rather than just hearing them or seeing them fly through the trees at your presence. Intimate groups are only offered this unique opportunity from November through to June, as Ratanakiri’s other well-known element, the red clay earth, swings between a giant dust bowl to a vicious mud pit at other times.

Both provinces are also well known for their waterfalls, and Ratanakiri also has a picturesque volcanic lake, Yeak Laom, with many options you can visit yourself. Just be sure to time your visit according to the season as some waterfalls can dry up during the hot season (March-May).

Seima Protected Forest is reported to host the country’s greatest treasure trove of mammalian (think elephants, primates, bears and cat) wildlife and offers several ecotourism options for exploring this luscious wonderland. So if you’re keen to try your luck at finding several species in the one place, this might just be your best bet. 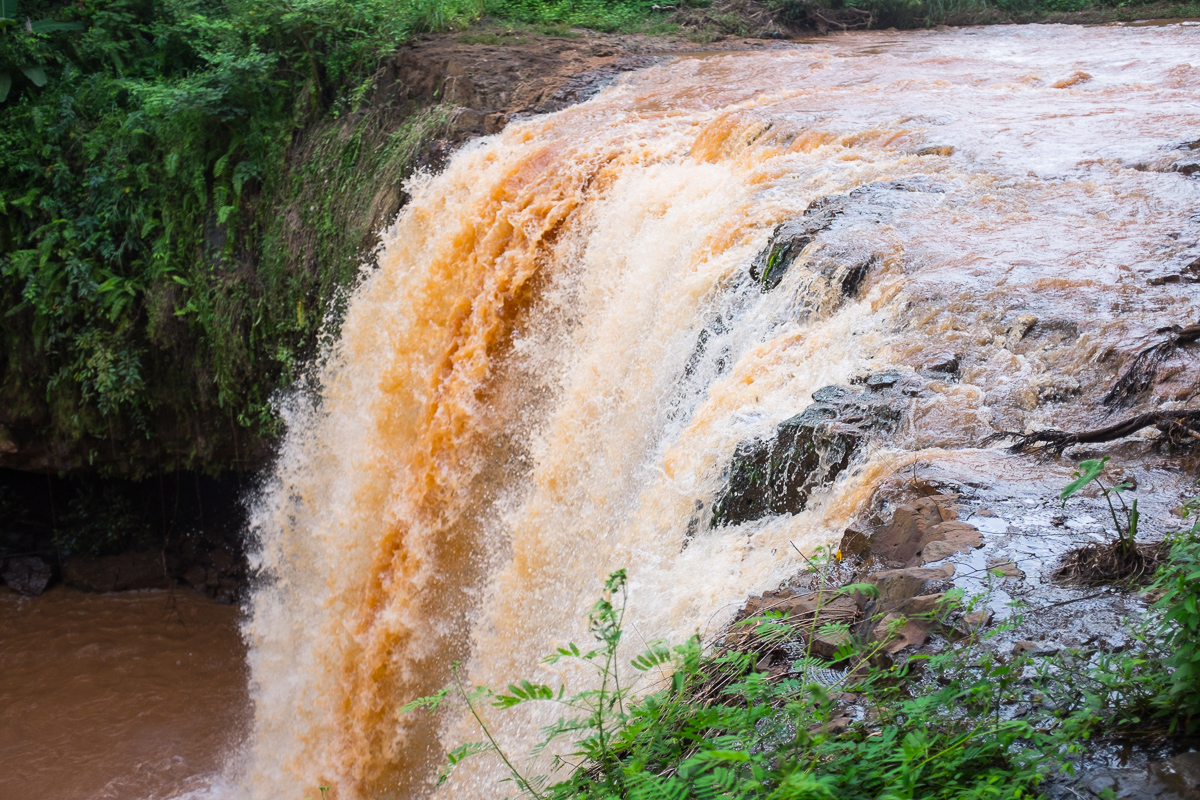 Phnom Tamao is a wildlife rescue centre located approx 40km/25 miles outside of Phnom Penh. Established in 1995 all of the animals here have been rescued or confiscated from the illegal wildlife trade. This can be a great introduction to learning about the many species found in Cambodia, and whilst you won’t be seeing the animals roaming free in their natural environment, there is a greater chance of seeing some of the species here than in the wild. Go for a visit or if you’re keen to get your hands dirty there are various organisations that also offer behind the scenes tours.

Cambodia presents the opportunity to see many endemic species and environments, however, remember that like a sizeable proportion of wildlife and biodiversity across the globe many iconic species here are listed as critically endangered or vulnerable. This can therefore make wildlife sightings rare, so be sure to go in to these adventures with realistic expectations. Regardless of whether you do or don’t catch that glimpse of a gibbon swinging through the trees, at the very least you will have had the chance to experience some of the breathtakingly beautiful environments this country has to offer. And as always ensure you tread carefully with your choices and be sure to “leave only footprints, and take only memories”.